Michigan State University (MSU) AgBioResearch is pleased to welcome three new faculty members, all of whom joined MSU and became affiliated with AgBioResearch in August.

Michigan State University (MSU) AgBioResearch is pleased to welcome three new faculty members, all of whom joined MSU and became affiliated with AgBioResearch in August. 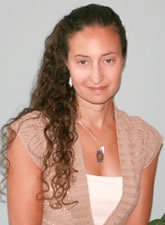 She has been published in numerous scientific journals and has actively participated in conferences with the American Society for Horticultural Sciences, the American Society of Agronomy and the Crop Science Society of America. She received the Rutgers Graduate School Dissertation Research Award this year, as well as the Gerald O. Mott Meritorious Graduate Student in Crop Science Award and Scholarship in 2011 and the Golf Course Superintendents Association of America’s James R. Watson fellowship in 2010. 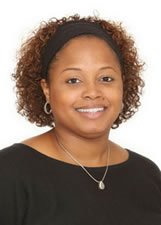 Jade Mitchell, assistant professor of Biosystems and Agricultural Engineering, will analysis human health risks. Under the Center for Advancing Microbial Risk Assessment, Mitchell characterizes the risks associated with human exposure to pathogens in the air, water and soil. Using quantitative risk assessment, her work informs decisions about the appropriate level of concern for public health and public safety for policy makers and risk managers.

Mitchell’s research recently expanded into chemical risk assessment for food safety. She will examine the levels of chemical residues that could be present in our food supply to inform the development of risk-based intervention strategies.

Before coming to MSU, Mitchell was a risk analyst with the U.S. Department of Agriculture’s Food Safety Inspection Service from March to August of this year. She also completed a post-doctoral fellowship with the U.S. Environmental Protection Agency’s National Exposure Research Laboratory from 2010 to 2012. Mitchell received her doctorate in environmental engineering in 2010 and her master’s degree in civil engineering in 2007 from Drexel University in Philadelphia. Her graduate work was supported by a number of fellowships, including the National Science Foundation GK12, the Department of Education Graduate Assistantship in Areas of National Need and a PhD engineering fellowship from the National Consortium for Graduate Degrees for Minorities in Engineering and Science, Inc.

Mitchell’s graduate research was honored with the Society of Risk Analysis, Biological Stressors Specialty Group Student Merit Award repeatedly over three years. Mitchell earned her bachelor’s degree in civil and environmental engineering from the University of Pittsburgh in 1997 and worked professionally as an engineering consultant prior to graduate school. 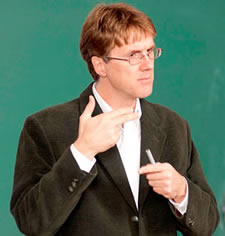 Michael O’Rourke, professor of philosophy, examines the process of developing communication and integration in cross-disciplinary research and the nature of linguistic communication between intelligent agents.

O’Rourke is director of the ToolBox Project, a National-Science-Foundation-sponsored research initiative that investigates philosophical approaches to facilitating interdisciplinary research. . He has been a co-principal investigator and collaborator on several funded projects involving autonomous underwater vehicles. He co-founded and served as co-director of the Inland Northwest Philosophy Conference, an interdisciplinary conference on philosophical themes, and he co-edited the series, Topics in Contemporary Philosophy, published by MIT Press. He is frequently published for communication, philosophy, interdisciplinary theory and practice, and robotic agent design topics.

MSU AgBioResearch in a Snapshot