If you’re an agricultural economist, it could be said that there are actually three things that should never be discussed in polite company: politics, religion, and farm input subsidy programs (FISPs). For Thomas Jayne, University Foundation Professor of Agricultural, Food, and Resource Economics (AFRE) and member of the Food Security Group at Michigan State University, it is part of his job to study the latter and as he will tell you, “FISPs have become one of the most contentiously debated policy issues in Africa.  Almost everyone has a strong opinion about them.”  Recognizing the importance of smallholder farms to Africa’s food security and economic prosperity, many African nations have looked to FISPs in the form of government-distributed fertilizer and hybrid seed to stimulate agricultural productivity and growth.  However, after years of investment, many African policymakers have begun to question whether the subsidies are working as intended.  According to Jayne, “many African governments want to implement FISPs but are increasingly aware that these programs are not generating the expected results that they hoped for. So these policy makers are reaching out for guidance on what works and what doesn’t.”

Jayne and a team of researchers, including AFRE’s Nicole Mason-Wardell, reviewed over 80 publications on FISPs from seven countries (Ghana, Nigeria, Kenya, Tanzania, Malawi, Zambia, and Ethiopia) to assess their impact.  They published their review in the journal Food Policy.  Jayne and his colleagues found that farm input subsidies can quickly expand food production, but they bring with them a host of challenges.  These challenges include delays in the delivery of subsidies, inefficiencies in the use of the inputs at farm level, and that FISPs are expensive, which limits government’s ability to make the other investments needed to increase agricultural productivity over the long-term. Additionally, Jayne found that, “often the subsidies go to farmers who tend to be more influential and manage to get in on the subsidy benefits.  When relatively wealthy farmers take advantage of these subsidies they purchase less fertilizer from commercial sources.” This can undermine private sector input networks, which brings long-term harm.

Jayne’s research on FISPs and his insights on the mega-trends affecting food security in Africa recently led to an invitation from the African Development Bank, the Bill and Melinda Gates Foundation and the Alliance for a Green Revolution in Africa to deliver the opening keynote for a session devoted to input subsidy programs at the African Green Revolution Forum (AGRF) in Ghana.  The AGRF brings together policymakers, researchers, and stakeholders from across the continent to address the challenges of agricultural development in Africa and to promote solutions.  Jayne says his invitation to AGRF speaks to “how there remains a valued role for evidence-based research to guide governments and international development partners. It was a great honor for me to speak directly to over 20 different ministers of finance and agriculture about this issue.” Jayne emphasized that the research results he presented were those of a large team of MSU and international researchers who were awarded the 2017 Agricultural and Applied Economics Association Bruce Gardner Memorial Prize for their contributions to understanding input subsidy issues in Africa. 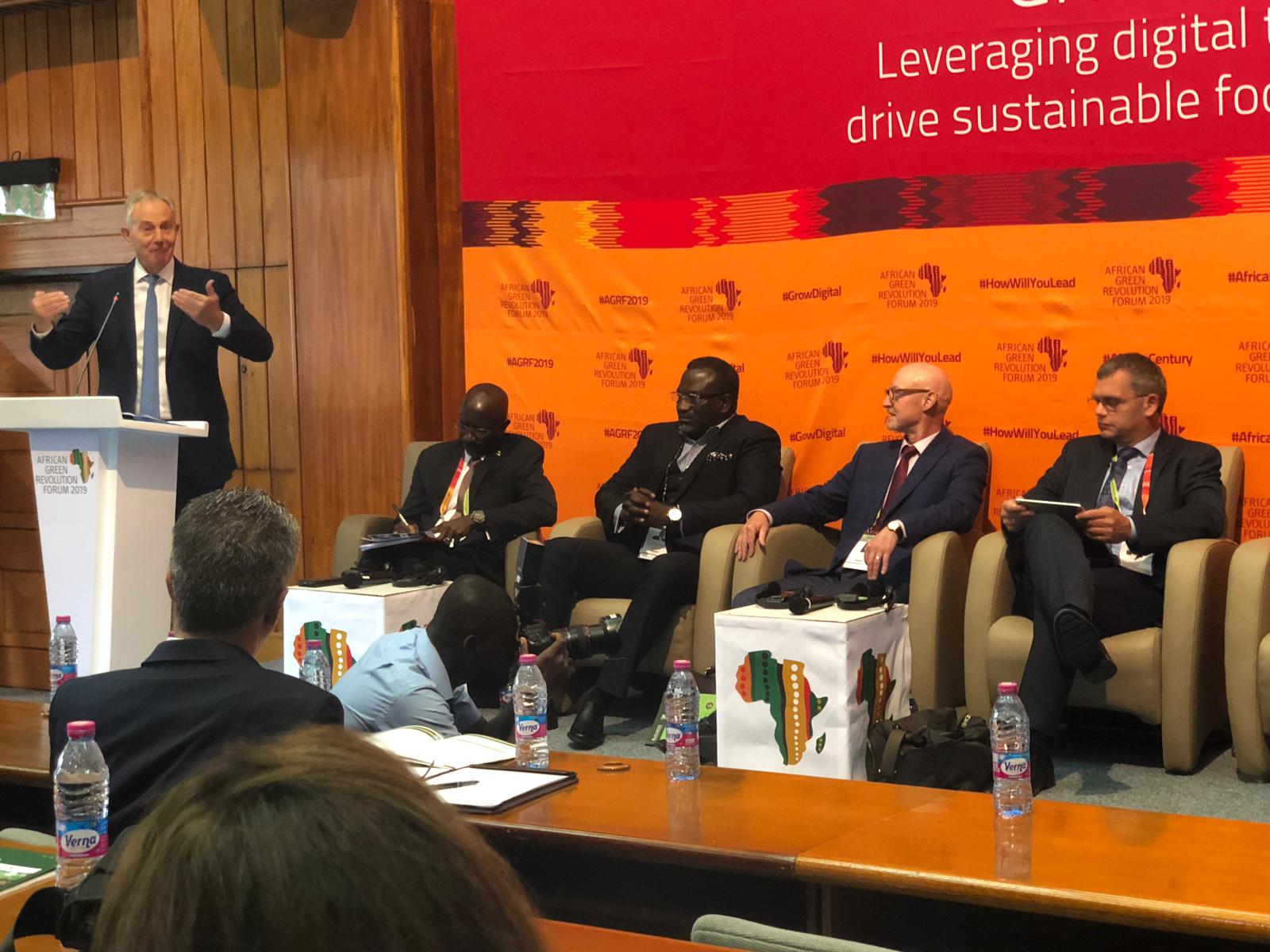 During his talk Jayne emphasized many strategies beyond traditional FISPs for promoting the success of smallholder farms.  These strategies include the use of a voucher system that gives farmers greater control over the subsidies they are given, strengthening agricultural research and extension systems, investments in infrastructure, and clear and consistent trade and marketing policies that encourage private sector investment.

David Tschirley, the co-director of Michigan State’s Food Security Group, said, “to see Thom’s work highlighted at such an important forum, along with the work of many of our other colleagues in the Food Security Group, really speaks to the strength of our research program and the quality of the relationships we have built with our partners in Africa.”

While at the AGRF, Jayne and MSU colleagues Richard Mkandawire (Africa Director of Alliance for African Partnership), Titus Awokuse (Chair of AFRE), Steve Hanson (Dean, International Studies and Programs) and Sieglinda Snapp (Associate Professor of Soil Science and Plant Pathology) were subsequently invited to attend the inception meeting of the African Union-led task force that will be preparing the Abuja II Declaration on Fertilizer Policy in Africa. Jayne indicated that “these opportunities reaffirm MSU’s global land grant vision of translating research into practical contributions that address the world’s major developmental challenges.”

Webinar Recording: The Rise of Medium-scale Farms in Africa