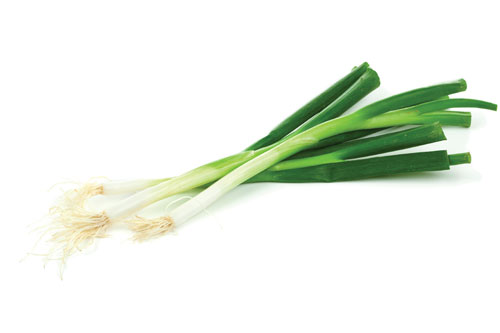 The leek is a member of the onion family, although it does not form a bulb. Leeks have a bundle of leaf sheaths that are sometimes referred to as a stalk or stem. It resembles an overgrown green onion. The leek has leaves similar to those of the garlic plant -- flat rather than round.  Both the leaves and stems of the leek plant may be eaten.  They have a mild onion-like flavor and are often used to flavor soups or dried and added to herb mixtures.

Leeks can be grown from seeds or transplanted as onions are.  Because of their long growing season -- 70 to 120 days -- they are more often planted as seedlings than grown from seeds. They are cold-tolerant and can be put in the ground before the last frost.  They are available in the market year round but are at their peak from September through April.

Leeks are low in sodium and calories.  They are also a significant source of vitamins B6 and C, folic acid and iron.

Select leeks that are free from blemishes. The tops should be bright-colored and fresh-looking, not dry, and free of discoloration.

The interlacing leaves make leeks a difficult vegetable to clean thoroughly before preparation.  Be sure to rinse with lots of fresh running water to remove the grit found between the leaves. After washing, leeks can be eaten raw or cooked. Cooking times will vary with the diameter of the leek. Leeks are generally considered sufficiently cooked when the stalk can be easily pierced with a fork. Avoid overcooking  -- this makes leeks tough. Leeks are commonly used in soups and stews but are also gaining popularity as a vegetable that can stand alone -- steamed, sautéed or served with a creamed sauce.

Leeks do not freeze well. They develop a strong, bitter flavor. Freezing also makes leeks mushy. They also are not good candidates for canning because the high heat of pressure canning turns the product to mush. They can be dried. Wash well and cut in ¼-inch slices. Dry at 145 degrees F. until crisp.