Every year, the MSU Student Horticulture Association participates in the National Collegiate Landscape Competition (NCLC) organized by the National Association of Landscape Professionals (NALP). This event was formerly called the PLANET SCD.

Congratulations to the 2019 MSU NALP NCLC for Placing 5th in the Nation!

Michigan State University’s Student Horticulture Association landscape team participated in the 43rd Annual NALP NCLC in March. The event was hosted by Colorado State University in Fort Collins. The four-day event consisted of educational workshops, a career fair, and 29 competitive events which have been termed the Landscape Olympics. Team members competed against 844 students representing 64 colleges and universities from across the United States and Canada. MSU once again made a strong showing finishing in fifth place.

Next year’s competition (Spring 2020) will be hosted at Michigan State University’s campus. 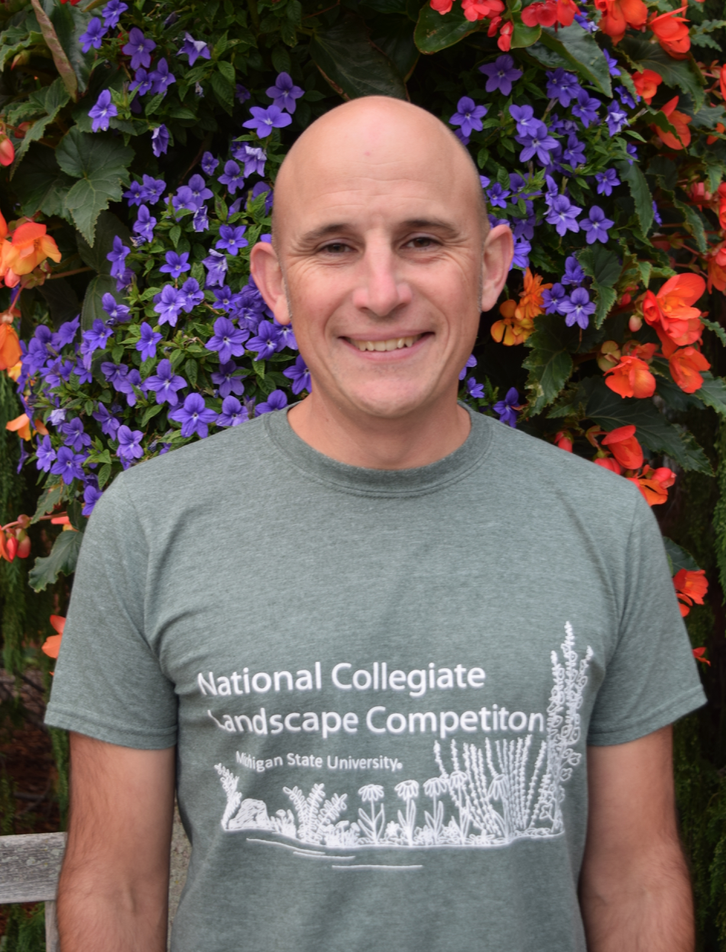 Marcus Duck became one of the two coaches for MSU’s NCLC Team in fall 2003, and has attended every event since (except for 2009 when his twins were born).  He is passionate about this event, and the positive (and sometimes life-changing) impact it can have on a student's future.  Marcus knows this firsthand; he competed in 1995 at Cal-Poly SLO and in 1996 at Richland College (TX) while he was an undergrad at Auburn University.

Brad Rowe received his Ph.D. in Horticultural Science from North Carolina State University and joined the faculty at MSU in 1997. He directs the MSU Green Roof research program and serves as the undergraduate programs coordinator for the Department of Horticulture. He also teaches undergraduate courses in plant propagation, landscape construction and contract management, and green roofs and walls, and co-teaches a graduate course in research methods. Regarding NCLC, Brad competed when he was an undergraduate student at Cal Poly – San Luis Obispo (winning two events on a first place team) and resurrected the team at MSU when he was hired at MSU. He has served as the team coach or co-coach for the past 23 years and chaired the event when MSU hosted NCLC in 2007. MSU will be hosting NCLC again in 2020.