CHIA: At the intersection of farming and human health

MSU AgBioResearch scientist Felicia Wu leads the Center for Health Impacts of Agriculture (CHIA), an organization examining the effects that farming practices have on human health. Read more about CHIA in the next Futures, coming mid-November.

Mycotoxins are fungi byproducts that grow on agricultural crops and are linked to cancer and other diseases. They are just one example of the implications agricultural practices have on human health that Felicia Wu is working to develop solutions for in the near future.

The John A. Hannah Distinguished Professor in the departments of Food Science and Human Nutrition and Agricultural, Food and Resource Economics at Michigan State University (MSU) came to MSU in 2013 after nine years as an associate professor at the University of Pittsburgh. She believes MSU’s robust agricultural research, along with strong medical programs, is instrumental in finding effective ways to address these concerns.

“When I came to MSU in 2013, I was interested in starting an initiative that unites the fields of agriculture and public health,” Wu said. “Through collaboration and generous support from several units at MSU, we were able to get our program up and running.”

Wu directs the Center for Health Impacts of Agriculture (CHIA), which brings together five colleges on campus, MSU AgBioResearch, the provost’s office and the Office of the Vice President for Research and Graduate Studies. The MSU colleges are Agriculture and Natural Resources, Human Medicine, Osteopathic Medicine, Veterinary Medicine and Natural Science. CHIA is funded entirely by MSU, currently $540,000 over three years.

She describes how CHIA research focuses on three pathways by which agriculture affects human health. The first is through nutrition, which includes the quality, macro- and micronutrient content, and diversity of food. Economics also play a pivotal role, particularly in underdeveloped areas where resources are at a premium. Finally, CHIA explores the unintended negative consequences of agriculture on human health and the environment.

The initiative is working on two projects that involve highly relevant challenges facing agriculture today. Antibiotic resistance is being tackled by a group of MSU researchers led by MSU AgBioResearch scientist James Tiedje. Wu explained that there are two facets of the antibiotics conundrum: The increasing and occasionally inappropriate prescription of antibiotics has led to significant bacterial resistance in humans, and the use of antibiotics in animal agriculture allows these drugs to enter the environment in numerous ways.

“Sometimes it’s not clear whether our bouts of infectious disease are caused by bacteria or viruses,” Wu said. “The antibiotics we have now are effective against bacteria but generally won’t help with viral infections, so that means sometimes patients are given antibiotics for a condition that can’t be treated by them. Furthermore, some patients may be disposing of them in ways that enable them to get into the environment.”

Bacterial resistance caused by animal agriculture is the primary focus of CHIA research. Use of antibiotics to promote growth, in addition to fighting bacterial infections, increases resistance in animals, decreasing the drug’s ability to efficiently eradicate illness when needed.

“Most producers are interested in having animals grow as quickly as possible so there’s a quicker market turnaround,” Wu said. “Giving them antibiotics means that they don’t have to feed the animal as much or house the animal as long. Part of the issue is that we’re using antibiotics for a reason other than their intended use — in this case, for economic purposes.”

When used in excess, antibiotics end up in the environment — in air, water and soil — and humans can become exposed not just to the antibiotics but to antibiotic-resistant bacteria. The goal of CHIA is to illuminate these pathways of exposure by studying the transportation and fate of antibiotics and antibiotic-resistance genes in the environment. In recent years, both the Food and Drug Administration and the World Health Organization identified antibiotic resistance as a major public health threat. Wu believes that returning to the intended use of antibiotics to treat bacterial infections in humans and animals is necessary to ensure long-term effectiveness. 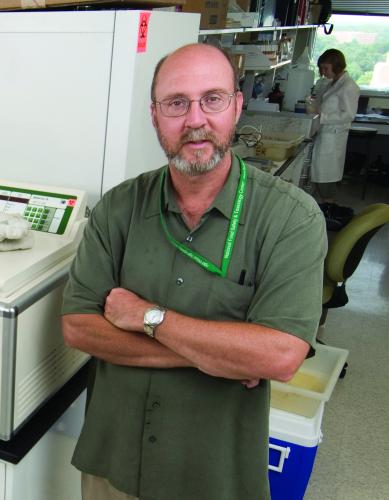 In partnership with a training and research project funded by the National Institutes of Health through the Fogarty International Center, directed by Ned Walker, CHIA co-director, CHIA is also examining the link between irrigated agricultural sites and malaria in the southeastern African nation of Malawi. In the U.S., a variety of irrigation techniques are used, such as center-pivot, drip and spray irrigation. These require machinery and are relatively expensive compared with furrow irrigation used in many areas of Africa.

Irrigated agricultural land in Malawi often consists of a series of peaks and valleys, called furrows. Crops are planted on the peaks, while water collects in the furrows and is used for irrigation. Though convenient, the standing water creates the ideal breeding ground for mosquitoes. Only female mosquitoes bite humans and other animals because they need blood to produce eggs. Once the eggs hatch, the larvae feed on vegetative material, including pollen and other tissues from the plants growing nearby.

“The furrowing and delivery of surface water by irrigation promote mosquito populations, causing more malaria transmission,” Walker said. “A conflict arises between more food production and more malaria. The purpose of the program is to train a cadre of interdisciplinary scientists to resolve this fundamental conflict through sound management practices and governance.”

In addition to providing a boon to the mosquito population, agricultural practices in Malawi generate conditions conducive to the growth of aflatoxin, a mycotoxin produced by fungi mainly on maize and peanuts. Aflatoxin has been linked to liver cancer, stunting in children and immune system dysfunction.

“We want to see the impact of maize agriculture on the prevalence of aflatoxin and exposure to aflatoxin,” Wu said. “Then we want to see if there is a relationship between exposure to aflatoxin and malaria outcomes. Aflatoxin has an adverse effect on the immune system, so are people who consume high levels of aflatoxin in maize and peanuts at a higher risk of poor malaria outcomes? That’s what we’re trying to determine.”

Securing external funding is important for the continued development of CHIA. Wu believes that will take the initiative to the next level.

“Although we should be concerned with producing enough food for a growing population, we also need to be aware of how agricultural practices can cause unintended effects — both good and bad — on human health,” Wu said. “We examine research topics that are at the nexus of agriculture and human health. Ultimately, our goal is to enable our researchers to produce preliminary results that will help MSU researchers win extramural grants. Once that happens, we can start having an even greater impact.”