Professor Jim Hilker details the Michigan corn, wheat, and soybean markets as of May 2018.

On May 10 the USDA/WASDE released their first supply/demand projections for the 2018-19 September 1 through August 31 corn marketing year.  They were near expectations, both the trades, and mine.   You can see the 2018-19 projections in Table 1.  The USDA used 2018 planted acres from the March perspective Planting Report, 88 million, down 2.2 from 2017.  The next update will be the USDA/NASS Acreage Report to be released June 29.  Harvested acres were an historical average of the percent of planted acres.  They used a yield of 174 bu/ac, a weather adjusted trend yield.  The first objective yield survey will be in the August Crop Production Report.

Michigan is expected to harvest 490 million bushels, up 65 million from last year.  With a yield based on a large farmer survey of 93 bushels per acre.  If the 93 million bu/ac is realized, it would be a record yield, beating out the 2016 record wheat yield of 89 bu/ac.  The 93 bu/acre is 10 bushels higher than the next highest wheat yield reported in any other state.

On May 10 the USDA/WASDE released their first supply/demand projections for the 2018-19 June 1 through May 31 wheat marketing year.  Production was based on the winter wheat numbers just discussed, spring and durum planted wheat acres from the March Perspective Plantings Report and trend yield for spring and durum wheat.  However, the May 14 Crop Progress Report showed spring wheat plantings were running behind both last year and the 5 year average.

The 2018-19 U.S. Supply/Demand projections, shown in Table 2, would project ending stocks down 115 million bushels, a 4-year low.  The USDA is projecting the average 2018-19 farm price midpoint 30 cents higher at $5.00/bu.  While Michigan 2018 bids are lower than $5.00, when you account for the higher priced spring and durum wheat, it is close to what the market is offering.

On May 10 the USDA/WASDE released their first supply/demand projections for the 2018-19 September 1 through August 31 soybean marketing year.  The 2018-19 outlook for U.S. soybeans is for higher supplies, crush, exports, and lower ending stocks compared to 2017-18. The soybean crop is projected at 4,280 million bushels, down 112 million from last year’s record crop on lower harvested area and trend yields. With higher beginning stocks, soybean supplies are projected at 4,835 million bushels, up 2 percent from 2017-18.

The U.S. soybean crush for 2018-19 is projected at 1,995 million bushels, up slightly from the 2017-18 forecast with higher domestic soybean meal disappearance offset by lower projected soybean meal exports.  U.S. soybean exports are forecast at 2,290 million bushels for 2018-19, up 225 million from 2017-18. U.S. soybean export share is projected at 39 percent, up from 2017-18 but otherwise the lowest since 2012-13. Reduced stocks in South America this fall will limit export competition during the first half of the 2018-19 marketing year. 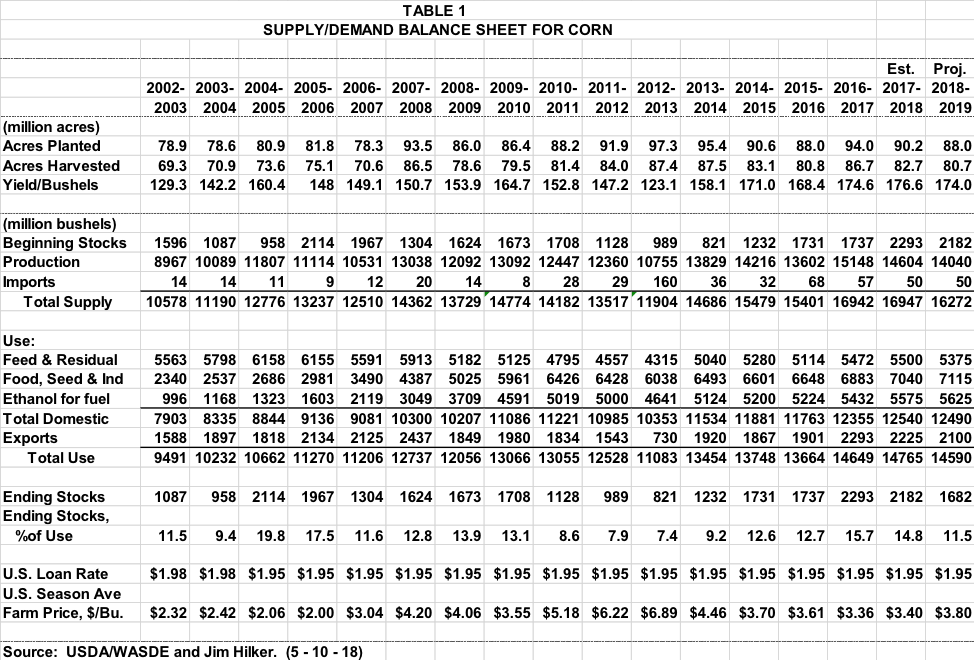 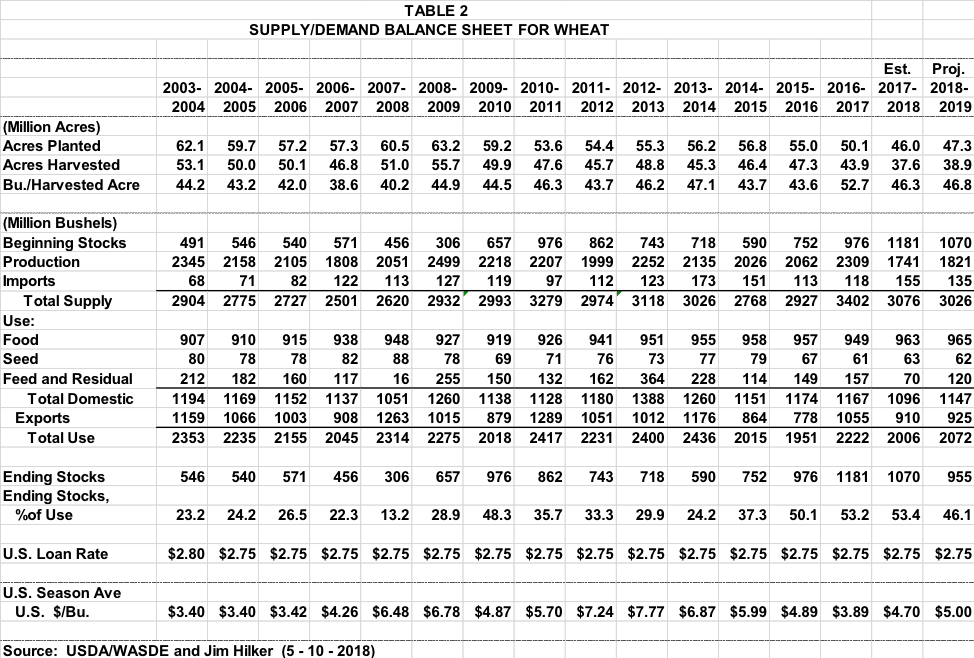 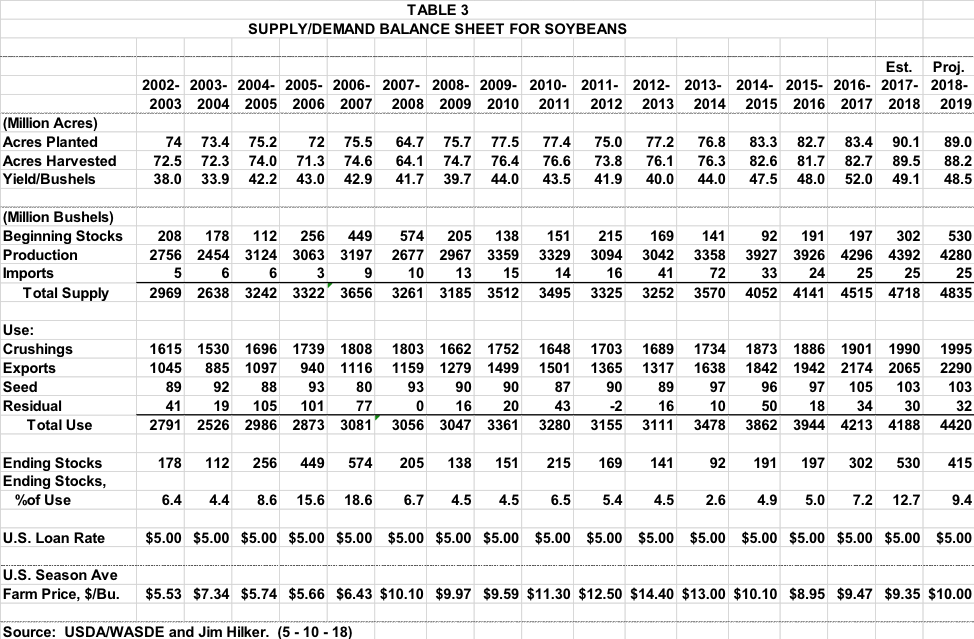