ANS Judging Team round up

The following is news from the ANS Judging Teams reported in the Winter 2014 newsletter:

The following is news from the ANS Judging Teams reported in the Winter 2014 newsletter: 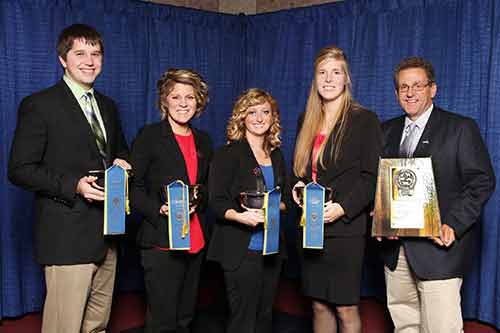 The MSU Collegiate Dairy Judging Team won first place at the North American International Livestock Exposition in Louisville, Ky., Nov. 10.  The collegiate team edged out the University of Wisconsin-Madison by one point to finish with a score of 2,101.  All three MSU teams finished in the top five in their divisions, with the Ag-Tech team placing third and the 4-H team placing fifth.  Way to go, Spartans!

From Sarah Wells, Meats Judging Team coach:  The MSU Meat Judging Team is halfway through its season. The first two contests in the fall were in Wyalusing, Pa., and Omaha, Neb.  There wer 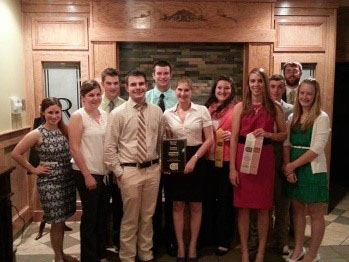 e about 19 teams at each of the first two contests and approximately 120 contestants. This year has seen the highest participation in decades, and with that, the level of competition has risen as well. The 2013 Meats Judging Team: Lane Carpenter, Shane Adams, Sara Bronkema, Benedict Galbraith, Shelby Goodwin, Emily Hemstreet, Sonja Lapak, Alexia Siomka, Chris Walker, Emily Webster.

Two weeks later, the team traveled to Omaha with the goal of winning beef grading and did just that! Walker was 2nd in grading, Bronkema was 4th, and Brewer was 8th.  Bronkema was also second in placings and ranked second in the overall contest.  In the alternates division, Shane Adams placed second overall. The team was seventh overall in the contest.

As the team leaves for Amarillo this week, they are excited to try to continue their progress and reach their peak in Dakota City in mid-November. 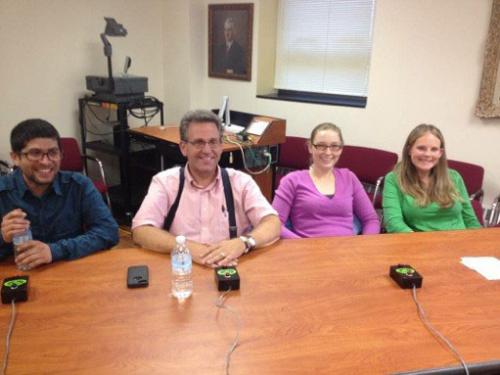 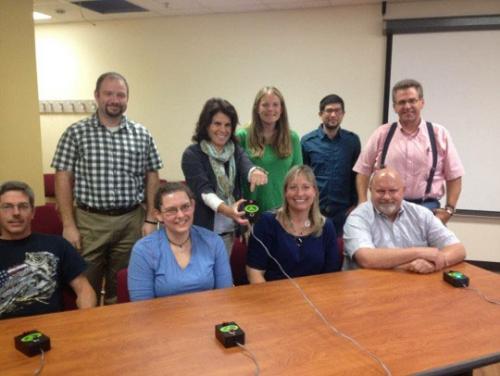 During the fall semester, the Animal Science Undergraduate Research Association (ASURSA) hosted a faculty/student quiz bowl competition. Three teams -- each consisting of six faculty members, three staff members and one graduate student -- joined the friendly competition. Participants answered questions covering all aspects of animal science. All involved enjoyed a fun afternoon and look forward to another quiz bowl event in the spring. Thank you to the MSU Alumni Association for funding the event.

Reciprocal Research: A Guidebook to Centering Community in Partnerships with Indigenous Nations