The long awaited camera robot recently arrived at the ARC in December 2014.

The long awaited camera robot recently arrived at the ARC in December 2014. This custom manufactured robot was specifically designed to image drawers of insect specimens as part of a NSF grant (EF1114856) to digitize millions of insect among several US universities. Approximately 50 sections of a drawer are imaged and these sections are stitched together to produce large one image (>20 mb). The fine resolution allows for detailed examination of the specimens. After “de-bugging” hardware and software issues (as with all new technology) the robot is now functioning at full capacity. Ph.D. student, Rachel Osborn, heads the imaging process and her productivity has reached 20 drawers per day. Over 350 drawers of beetles (~70,000 specimens) have been imaged and completion of all 1200 beetle drawers is scheduled for December 2015. 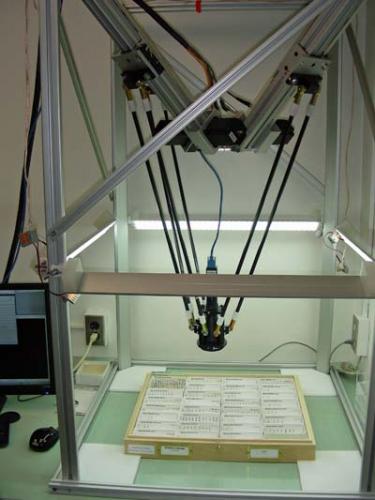 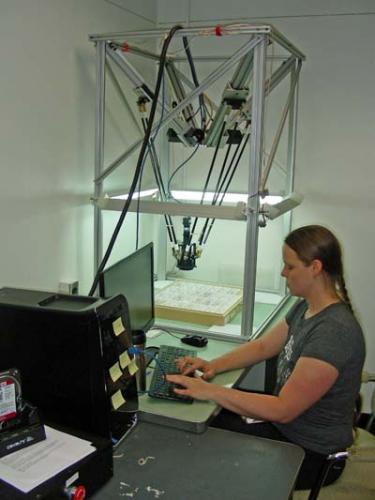 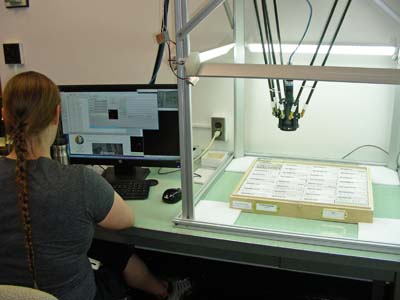 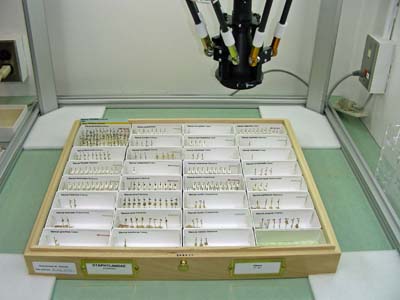 Neil Erickson donation of Lepidoptera to the ARC

Bruce Wilson donation of Lepidoptera to the ARC