Food has never been cooler. And Tom Ryan should know. The three-time MSU graduate (bachelor's, master''s and Ph.D.) has pioneered some of food's best concepts over the past 20 years.

Tom Ryan, '79, talks with his mentor, Ian Gray, Ph.D., about his career and how it started at Michigan State University in the Department of Food Science and Human Nutrition. Ryan, co-founder of Smashburger, is a food scientist with his undergraduate, graduate and doctoral degrees from MSU. During his career he has come up with some of today's most popular food items including Pizza Hut's Stuffed Crust Pizza, McDonald's McFlurries and Smashburgers fresh burgers.

I started as a generalist with an emphasis in biology and chemistry – I knew that eventually I would have to choose a major. I didn’t really know what I wanted to do but medical school became less and less interesting, because it was less focused on people and the consumer experience. Food science caught my attention. I was surprised there was a whole technical discipline around something we take for granted. A few weeks into my first food science class, I was smitten. 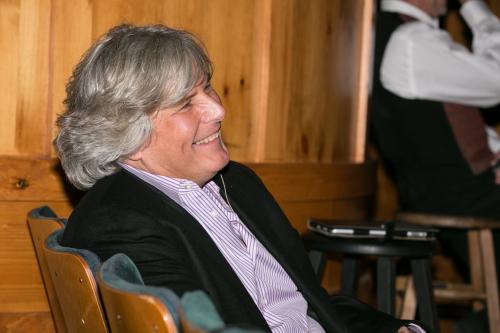 Food has never been cooler. And Tom Ryan should know.

The three-time MSU graduate (bachelor’s, master’s and Ph.D.) has pioneered some of food’s best concepts over the past 20 years, including Pizza Hut’s Stuffed Crust Pizza, Breadsticks and Chicken Wings, and McDonald’s McGriddles, McFlurries and the Dollar Menu.

Ryan’s degrees are all in food science. “As an undergrad, I didn’t really know what I wanted to do. I took a food science class, after finding it in the course catalog. I was surprised that there was a whole technical discipline for something we take for granted. Two or three weeks in, I was smitten,” he said.

After finishing his undergraduate degree, Ryan said he knew he would continue.

Dr. Ian Gray was Ryan’s mentor through his advanced degrees. Gray is a nationally recognized food scientist who served as director of MSU AgBioResearch and as MSU vice president of research and graduate studies. He is now an adviser to MSU President LouAnna K. Simon.

“The master’s program was rigorous, and I knew that I wanted a doctoral program that would be competitive and dynamic. I also knew I didn’t want to work in a lab,” Ryan said. “Ian was great about finding ways for me to take courses outside of my field—business, management and marketing. He was a champion for me in making that happen. I credit his ability to help me do that with where I am today.”

Where is Ryan today? He is building “new, disruptive concepts [in food] focused on the next generation of consumers.”

As one of the founders and the creative genius behind Smashburger, Ryan says, “There’s nothing better than a singular idea done well.” And that’s the way he feels about Smashburger.

The fast, fresh, national restaurant concept that specializes in local burgers has grown to 200 franchises nationwide since 2007. It’s become an icon of quality, growth and business acumen, Ryan said.

“There’s a big C change going on in food,” he said. “The last generational concepts are no longer relevant to this generation. One of the hallmarks now is that our food needs a story, and that story needs to make people feel good about what they’re eating. It has to have good quality, vibe, service, people, policies and philanthropic elements.”

Being in a constantly changing environment is one of the things that keeps Ryan young, he said. And he leans on his applied science training to do so.

“The food agenda has changed so much from the time when I was studying food science,” he said. “Then it was all about how to process more … and recently a more culinary approach took off.”

Ryan said his business training, food science training and his need to set the trend, rather than chase it, work together.

“I’ve had the good fortune to be comprehensively trained in food science and the karma of knowing that I don’t have all the answers. Coming from a technical food background and understanding the trend toward the culinary story gives me an ability to guide now. People who can live with a foot in both worlds make it best.”

He credits MSU and Gray for allowing him the flexibility to pursue his own path.

“There’s not a curriculum that anyone can take that ends you up here,” Ryan says. “It’s an individualized path.”

And, for Ryan, it leads to balance.

“My family is so important to me, and I’ve never lost sight of that,” he says. “When I look back at my experiences, I’ve done a lot of things that I never thought I’d be able to do. My one personal drive is to leave whatever I touch better than I found it.”